My Ph.D. dissertation reverberate on the following questions: What kind of
Jewish groups, communities are in present in Hungary? What conditions led to
the reverting of Jewish traditions in Hungary? What are the steps of optional
Jewish rebuilt identity, the ways of returning?
Based on a controversial but significantly not representative survey of
ELTE Sociological Ethnic Minority Institute, 20 per cent of Jews born between
1966-1979 seem to be part of a so called “re-turners” group of which ones 10 per
cent are strictly religious. The survey demonstrates that the younger generation
is more committed to the positive aspects of Judaism and devoutness of Jewish
lifestyle compared to those generations experiencing the Soah and born after WW
II (Kovács 2002:25). The main characteristic of the returnees is, that they keep and
celebrate more traditional elements of the Jewish religion than their parents did.
However, my research shows that 100 per cent of the young orthodox
generation definitely is baal teshuva, namely re-turner (and converted, a
category I do not focus on here). Baal teshuva in Hebrew means returnee, or a
“born again Jew”. A person who learns his forgotten original traditions starts
living according to the Jewish law, the háláchá.

My fieldwork was not limited to one synagogue or to a single community
but was spread across different synagogues connected to different Jewish
directions. These synagogue communities, although they strongly interfere with
eachother, have diverse opinions about the baal teshuva status, and about whom
they consider a baal teshuva.
Stating that religious young Jewish generations in Hungary stand
repented and converted people (the last one not covered in this paper), I dare to
state that traditional religious lifestyle is chosen as a temporarily lifestyle
whereby it is not the question anymore to be born in it.
My studies and interviews brought me to the conclusion that background
readings, definitions and explanations focusing on baal teshuvas in Israel and the
USA can hardly or not at all be used to explain the Hungarian baal teshuva
phenomenon. This is caused not only by historic preliminaries but also by
contemporary Jewish social structure, infrastructure and ways of education. In
addition, descents in most cases seem to be obscure or mingled and not
secondary for Jewish rights at all, so baal teshuva status is problematic in many
ways. That is why a halakhic mother side heritage Jewish origin should be the
only category I made since I have not considered conversion to Judaism but
reversion to it. The offspring of mixed families, in which the father side heritage
is emphatic, are to convert to the religion based on Jewish traditions, are not
entitled as baal teshuva. Altered interpretation and practice of Jewish tradition
make baal teshuva status even more problematic, in other words, it is doubtful to
call baal teshuva in the same way the ones keeping kashrus and Sabbath and the
ones keeping symbolically and occasionally kosher and celebrating only Friday
evenings. I do not mean to assert that baal teshuva groups can be differentiated
or exactly defined according to being religious or less religious, but I indicated
and considered these aspects via the interviews and through my interpretations
It seemed that interviews, baal teshuva macro-structures, terminology,
logic of inner-motivation, rational technique revolved around the pattern of
romance jargon, rhetoric and motive building structure.
The act of baal teshuva can be perceived as ethnic returning relating to
the first step of identification. Religious and ethnic returning could seldom be
separated or identified. Since the returnee Baal teshuva status requires an
intellectual effort of re-learning the Jewish tradition, the intellectual gesture of
re-learning involves a more reflective, critical attitude towards the tradition
compared with those who are automatically socialized in this knowledge in
their families.
This critical attitude influences traditional interpretations of religious
institutions calling themselves authentic. Some institutions try to seclude
themselves of exterior confrontation, which consists of raised questions by baal
teshuvas. These questions reflect upon answers, customs taken for granted in
religious communities and reorganize the formal bequeathing of traditional
Jewish institutions, which are to operate in renewed framework. Religious
schools and their institutions, such as modern orthodoxy, often include the
outside perspective (from where the baal teshuvas are coming from) in their
principles, and a modus vivendi which relieve the obstacles dominating in
Jewish Diasporas between isolated Jews and the civil lifestyle; like this they
foreshadow that both ways of life can be viable. The policy of returners who
created modern orthodoxy, suggests that the tradition-passing- discontinuity
can be bridged by studying, but on the other hand also reinforces the idea that
(as opposed to the traditional, halakhic, essentialist concept of being born in a
tradition) the new observant religious Jewish identity is more based on free
decision. 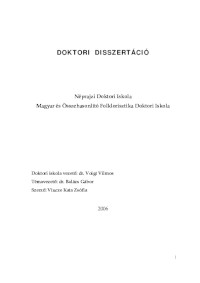 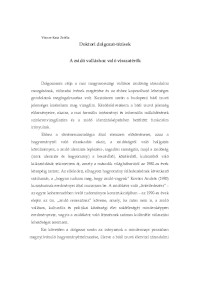