Holocaust Memory and Holocaust Denial in Poland and Moldova: A Comparison

After 1989, post-communist countries such as Poland and Moldova have been faced with the challenge of
reinventing their national identity and rewriting their master narratives, shifting from a communist one to an
ethnic-patriotic one. In this context, the fate of local Jews and the actions of Poles and Moldovans during the
Holocaust have repeatedly proven difficult or even impossible to incorporate into the new national narrative. As
a result, Holocaust denial in various forms initially gained ground in post-communist countries, since denying
the Holocaust, or blaming it on someone else, even on the Jews themselves, was the easiest way to strengthen
national identities. In later years, however, Polish and Moldovan paths towards re-definition of self have taken
different paths. At least in part, this can be explained as a product of Poland's incorporation in the European
unification project, while Moldova remains in limbo, both in terms of identity and politics – between the Soviet
Union and Europe, between the past and the future.

PDF, Holocaust Memory and Holocaust Denial in Poland and Moldova: A Comparison 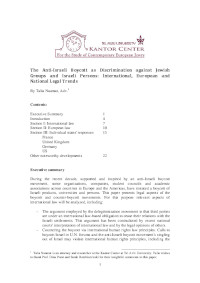 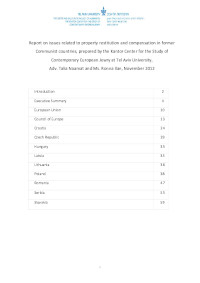