The annual Antisemitic Incidents Report is CST’s most significant publication. CST is the only organisation in the country dedicated to collecting, analysing, responding to and publishing statistics relating to antisemitic incidents nationwide. Its findings are relied upon by the Government and the Police. 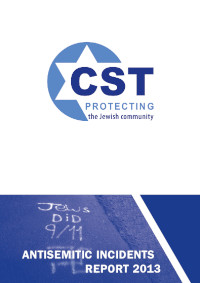